A nice quote by Gustave Flaubert in his "Dictionnaire des idées reçues" (Dictionary of common ideas):

(*) roughly: All idiots. Always forget the stairs of the house. 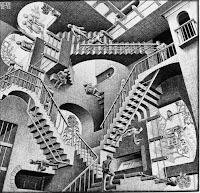 Of course there are exceptions to the rule as demonstrated by M.C. Escher, chief evangelist for cyclic dependencies.

Another very nice definition can be found in the "Devil's Dictionary" by Ambroise Bierce.

Architect, n. One who drafts a plan of your house, and plans a draft of your money.

I just realized that my architecture quotes are always slightly negative. Well, not all of them. The positive ones are usually by architects and not about architects (D'oh! I just wanted to be more positive - you may find some quotes under the musings label). So - in case you have positive quotes let me know. Just drop a note, leave a comment or draw a plan or use a fancy communication diagram @:)
Posted by Joheinz at 6:13 PM 1 comment: Links to this post

Christmas is around the corner, so YOU NEED THIS: 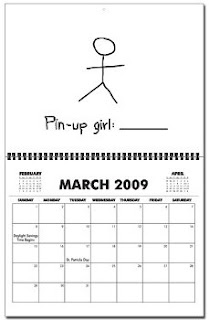 Don't forget to create your own profile and apply stereotypes to your calendar. If you are unhappy about the price tag, leave a comment. I am sure we can strike a deal so that you get a useful gift for your beloved ones (boss, colleague, wife, girlfriend...).
Posted by Joheinz at 5:53 PM No comments: Links to this post

This weekend I had been on a flea market strolling about and buying books for a bargain. For my own amusement I usually drop by at the section with the kid stalls (they usually get some space for free and do not have to pay a fee). I purchased this Yu-Gi-Oh! card, which I think is a nice example of early IT education (though most of the customers will not be aware of that - yet). 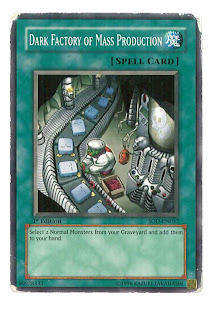 I like that the factory constructs two monsters (thus emphasing the value of factories to create families of objects). I wonder if Yu-Gi-OH! also knows a Builder pattern card? I also like that the factory is called "dark". It stresses the overuse of factories in the realm of testing, where languages such as java, would very often allow us to avoid factories and use mock objects instead (though many mock object framework encourage you to use interfaces for mocking one can easily mock classes too, thus avoiding unnecessary factory code).
Posted by Joheinz at 9:46 AM No comments: Links to this post

I am currently reading the book Operating manual for spaceship Earth by Buckminster Fuller. I stumpled across a quote just at the beginning which relates very much to my approach of doing consulting (in the area of systems analysis): 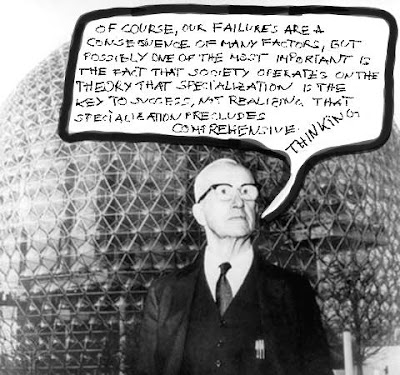 Posted by Joheinz at 3:45 PM No comments: Links to this post